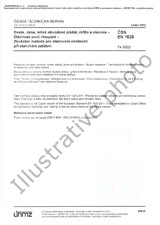 A common language for standards, disclosed to a wide audience and referring only to the operational protocols and to their outcomes, is needed both for a consistent set of standards and the connection with the scientific literature. This glossary will take into account existing glossary of terms used in photocatalysis and photochemistry. Because in photocatalysis numerous properties are difficult to be evaluated, it is strongly recommended in standard norms to avoid reporting properties depending on number of actives sites, the mechanisms of adsorption or kinetic mechanisms of photocatalytic reactions. For the same reason instead of the quantum yield and related quantities it is easier to report the photonic efficiency. Most of the definitions reported in this Technical Specification are a sub-set of the IUPAC definitions in photocatalysis and radiocatalysis [1]. Some other definitions, in particular for the photocatalytic rate and reactors are taken from a dedicated work [2]. The use and many technical specifications on the physical values suggested for irradiation conditions in the standards are reported in a separate Technical Specification [3]. The arrangement of entries is alphabetical, and the criterion adopted by the IUPAC has been followed for the typeface used: italicized words in a definition or following it indicate a cross-reference in the Glossary 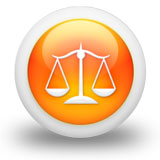